The Evolution of the Commercial Healing Waters of Hot Springs, Arkansas 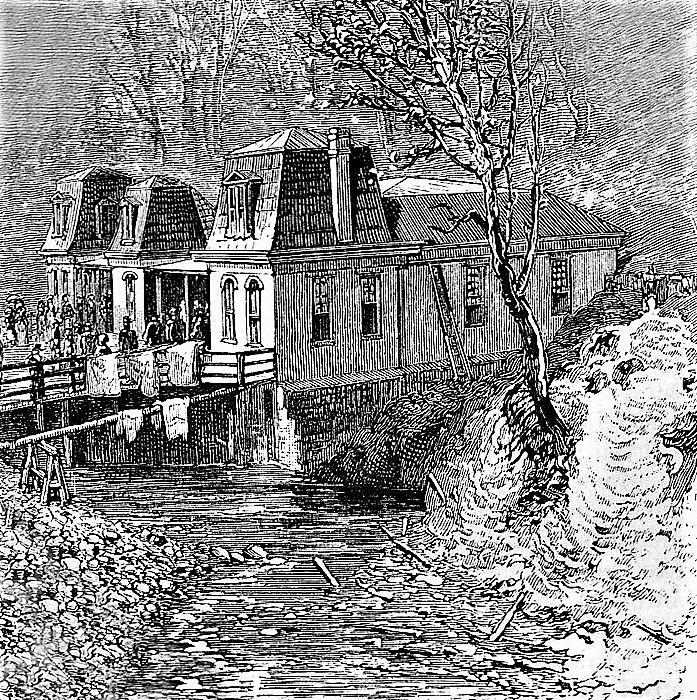 Today Hot Springs, Arkansas, located along the Ouachita River in the Central Ouachita Mountains, is the county seat of Garland County and home to the Hot Springs National Park, the oldest federal reserve in the United States. The city is named for the natural thermal water that flows from 47 springs on the western slope of Hot Springs Mountain. These waters that flow out of the ground at 147 degrees have been popularly believed for centuries to possess medicinal properties and were a subject of legend among several Native American tribes.

Native Americans are thought to have occupied the area as early as the Paleo-Indian era in about 12,000 B.C. Archeological evidence shows that early Indians quarried stone in the area for various tools and spear points.

Other natives thought to have utilized the area were likely related to the historic Caddo Indians. Local legend speaks of the thermal springs as constituting a neutral ground in which various tribes, even those at war with each other, could co-exist in peace, at least temporarily.

The area was first explored In 1673, by Father Jacques Marquette and fur trader Louis Jolliet, who claimed the area for France. The 1763 Treaty of Paris ceded the land to Spain; however, in 1800 control was returned to France until the United States made the Louisiana Purchase in 1803.

In 1771, when Jean-Bernard Bossu, a French navy captain and explorer, had noted during a stay with the Quapaw Indians: “The Akanças country is visited very often by western Indians who come here to take baths,” for the hot waters “are highly esteemed by native physicians who claim that they are so strengthening.”

After The Louisiana Purchase, President Thomas Jefferson sent out several expeditions to explore the new territory. One of these was the famous Louis & Clark Expedition, who explored the Pacific Northwest. Another was the Hunter-Dunbar Expedition which was tasked with exploring “the hot springs” and the “Washita” River and in present-day Arkansas and Louisiana. In December 1804, Dr. George Hunter and William Dunbar traveled up the Ouachita River where they made a four-week study of the hot springs. Though they were unable to discover the springs’ water source, they found a lone log cabin and a few rudimentary shelters used by people already visiting the springs for their healing properties.

In 1807, a Lousiana planter Emmanuel Prudhomme became the first permanent settler of what would become the village of Hot Springs, and he was soon joined by others. The site soon attracted regular visitors, as people sought the reputed beneficial effects of the thermal springs.

The accommodations at Hot Springs were not praiseworthy in the early 1800s, as noted by one visitor:  “The accommodations for using the water are so entirely deficient that it would not be wonderful if but little was affected by them. The sweat house is rudely constructed with boards, which but partially exclude the air; and the mouth of it is stopped by a blanket. The patient has to come into the open air to dry himself, hurry on his clothes and go home.”

On August 24, 1818, the Quapaw Indians ceded the land around the hot springs to the United States in a treaty. Arkansas became its own territory in 1819 and the following year, the Arkansas Territorial Legislature requested that the springs and adjoining mountains be set aside as a federal reservation. The same year, another treaty designated southwest Arkansas for Choctaw resettlement, but this was amended in 1825 to redirect the Choctaw to Oklahoma.

Meanwhile, the first structure that could be considered a hotel opened in the new settlement of Hot Springs. In 1830, the first bathhouse was built by Asa Thompson, which was a primitive log structure with a wooden tub near a sweat bath. Two years later, a second log bathhouse with more tubs was built near the present-day Arlington Lawn and Superior Bathhouse.

By the early 1830s, the springs were proving to be a major attraction, and, in 1832, Congress reserved the area for federal use, exempting it from settlement and granting federal protection of the thermal waters. However, people found ways around that and construction occurred near the springs anyway.

The first bathhouses were crude structures of canvas and lumber, little more than tents perched over individual springs or reservoirs carved out of the rock. Bathhouses made of wood frame could be found in Hot Springs by the 1850s. These replaced the crude huts and were still operating well into the late 19th century. Wooden troughs carried water from the springs to a tank and the bather could then manipulate the cold and hot water by pulling a rope. Afterward, the bather went to a special vapor room (a room over a thermal spring with cracks around two inches apart in the floor to allow vapor to rise). Following the vapor, the bather received a dousing of cold water before dressing.

When the town of Hot Springs was incorporated in 1851, it was already home to two rows of hotels, along with several bathhouses and businesses. The city attracted not only seekers of leisure but also numerous invalids hoping to find relief in the mineral-laden springs...
Posted by Barbara Wells Sarudy at 4:00 AM