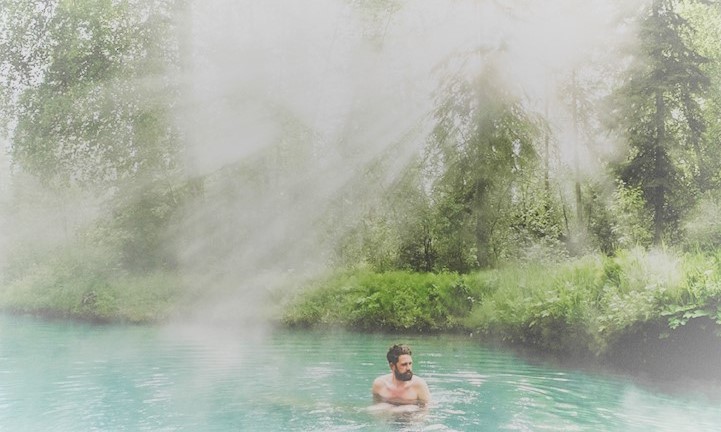 The Indians of the Americas in the New World considered hot springs as sacred places and believed in the healing powers of the heat and mineral waters. Montezuma(1466-1520) the great Aztec leader, spent time at a spa, Aqua Hedionda, to temporarily recuperate from his strenuous responsibilities. That resort was later developed into a fashionable commercial spa by the invading and conquering Spaniards (Salgado-Pareja, 1988).

North American Indians have a long history of association with and use of hot springs at geothermal sites, going back at least 10,000 years. The time of the first human incursions into North American are subject to debate; however, it is generally accepted that it is associated with the land bridge between Siberia and Alaska, called Beringia.  The majority of hot springs do exist in western North America, which became home to these early inhabitants. Hot springs can be found across the North American continent, and expanding communities of Native Americans relied on their benefits and cherished them.

The Indians dominated North America, until they were essentially replaced by the European immigrants in the east around the early 1700's and in the west around the middle 1800's. Many of these hot springs and geysers were sacred places for the Native Americans, who had a special respect and understanding of the natural environment. Unfortunately, much of the oral history and legends concerning geothermal activities have been lost. We are dependent today upon archaeological evidence, oral histories, and speculation.

The Indians of North America considered hot springs as a sacred place where the "Great Spirit" lived, and were believers in the miraculous healing powers of the heat and mineral waters. These areas were also considered neutral ground; where warriors could travel to and rest unmolested by other tribes.  Here they would recuperate from battle. In many cases, they jealously guarded the spring and kept its existence a secret from the arriving Europeans for as long as possible. Battles were sometimes fought between Indians and settlers to preserve these rights. Even though archeological finds date Native American presence at hot springs for over 10,000 years, there is no recorded history prior to the arrival of the Europeans in the 1500's. Many legends concerning hot springs are part of the Native American oral history.

With the discovery of these geothermal phenomena by the colonizing Europeans, the "ownership" and use changed considerably, with many becoming commercial operations. The use of hot springs has evolved in North America: from use by Indians as a sacred place, to the early European settlers attempting to emulate the spas of Europe for commercial gain. The early European settlers in the 1700 and 1800's, found and used these natural hot springs and later realizing their commercial value, developed many into spas after the tradition in Europe. Many individual developments in the eastern United States were successful such as at Saratoga Springs, New York; White Sulphur Springs, West Virginia; Hot Springs, Virginia; Warm Spring, Georgia; and Hot Springs, Arkansas.