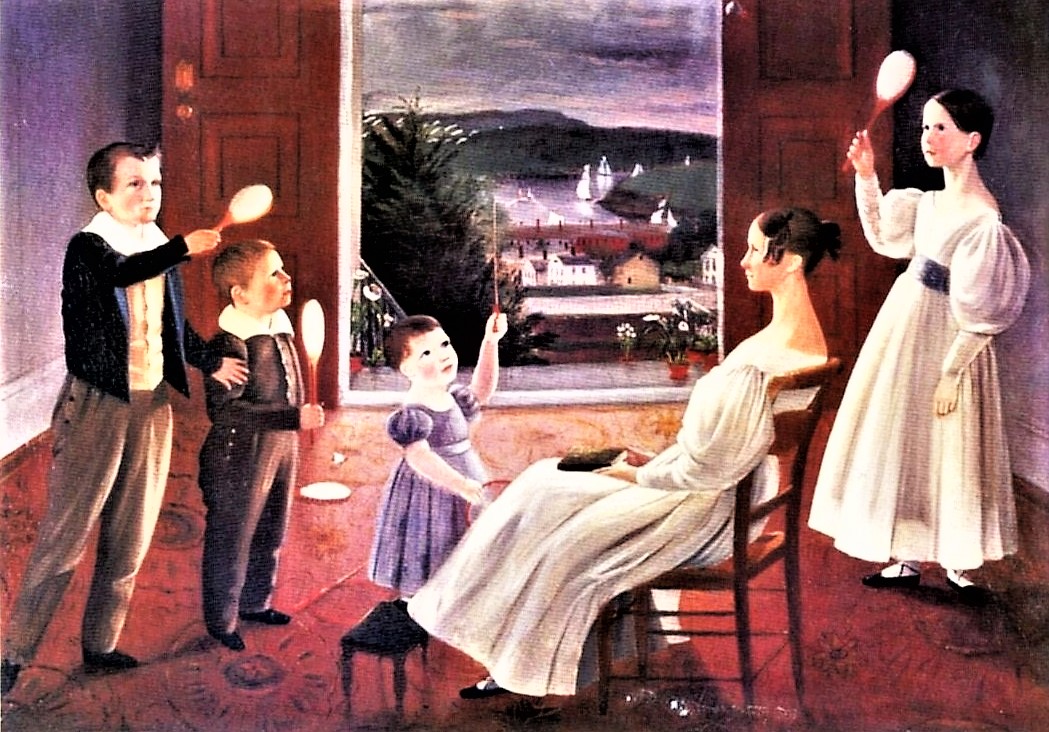 One popular game played in Early American public and private pleasure gardens was Battledore and Shuttlecock.  Since at least the Middle Ages in England, there had been a children's game known as "battledore and shuttlecock."   Adults could not resist the game.

It probably developed in ancient Greece & Rome, moving from there east to China, Japan, & India, and north to France & England. It is reported that the sport was sometimes called shuttlefeather, although I cannot find reference to this in the Oxford English Dictionary. 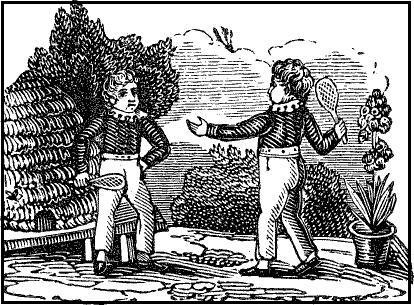 Players used a paddle, called a battledore, to keep a cork stuffed with feathers, called a shuttlecock, in the air for as long as possible. The battledore was a small, lightweight racket made of parchment or rows of gut stretched across wooden frames. Battledore was originally the name given to a wooden bat used for beating clothes during washing in England.

Battledore makers used leaves of old and sometimes valuable books to cover their rackets. A 1792 story in The Federal Gazette and Philadelphia Evening Post related that "A page of the Second Decade of Livy was found by a man of letters on the parchment of his battledore, as he was amusing himself in the country. He ran directly to the maker of the battledore; but arrived too late; the man had finished the last page of Livy in compleating a large order for these articles about a week before."

Because the shuttlecock was a feathered projectile, its inherent aerodynamic properties made it fly through the air differently than the more ordinary balls used in most racquet sports. The feathers created higher drag, causing the shuttlecock to decelerate more rapidly than a ball. On the other hand, shuttlecocks had a higher top speed compared to balls in similar racquet sports, so shuttlecocks could be a little tricky to control.  Since shuttlecock flight could usually affected by wind (because of its lightness), the game was sometimes played indoors. It was usually played outdoors during warm weather as a casual recreational activity, often in private & commercial pleasure gardens. By the 16th century, it had become widely popular among children in England. In Europe this racquet sport was known as Jeu de Volant and was popular with the upper classes. The game traveled to the British American colonies with the English settlers.

At the Maryland Historical Society in Baltimore, documents survive of a 1742 order of battledores & shuttlecocks sent to Maryland from an English merchant. American gentry began to have portraits of their sons painted with their bright red battledores and shuttlecocks, the spelling of which varied across the years. 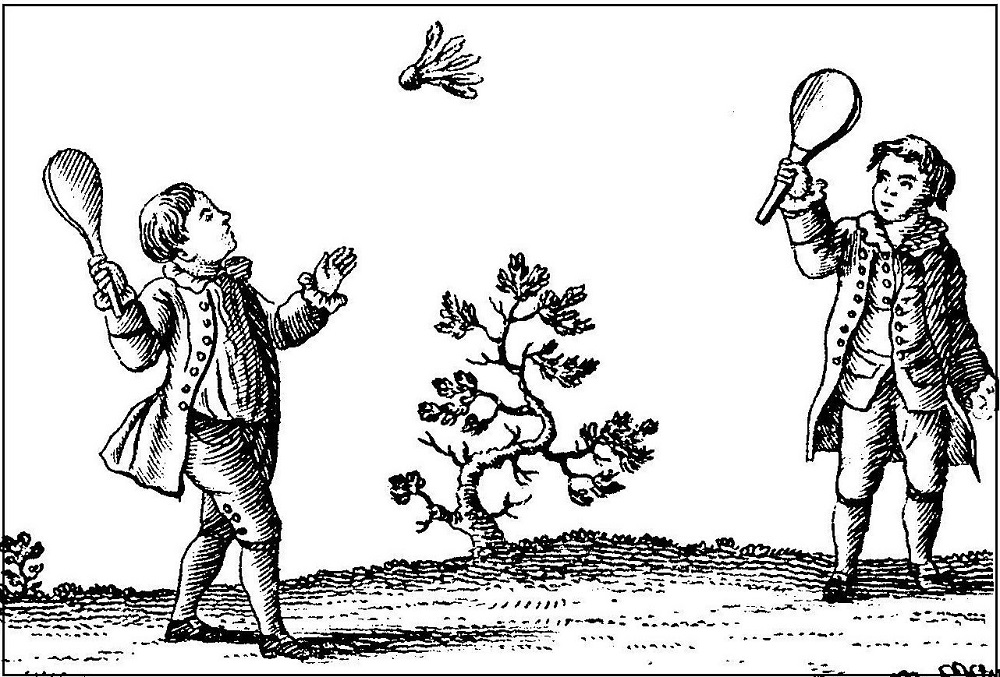 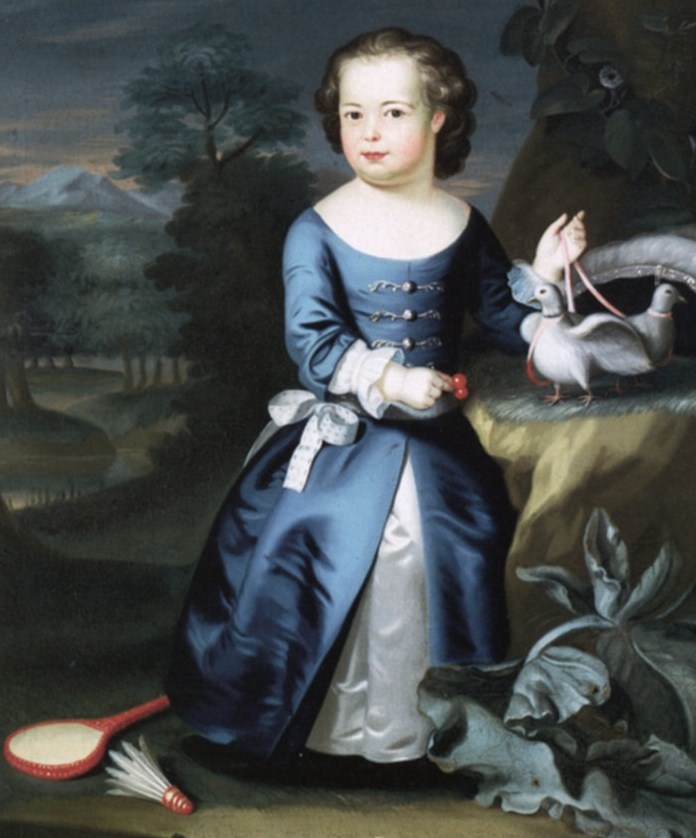 Battledore and shuttlecock was not a competitive sport. Probably the most intriguing aspect of the game was that it was a cooperative sport with the players trying to see how long they could keep the shuttlecock in the air. It did not pit player against player, a rather refreshing concept in the 21st century. The game was usually played by children, families, and young adults during the 18th century. 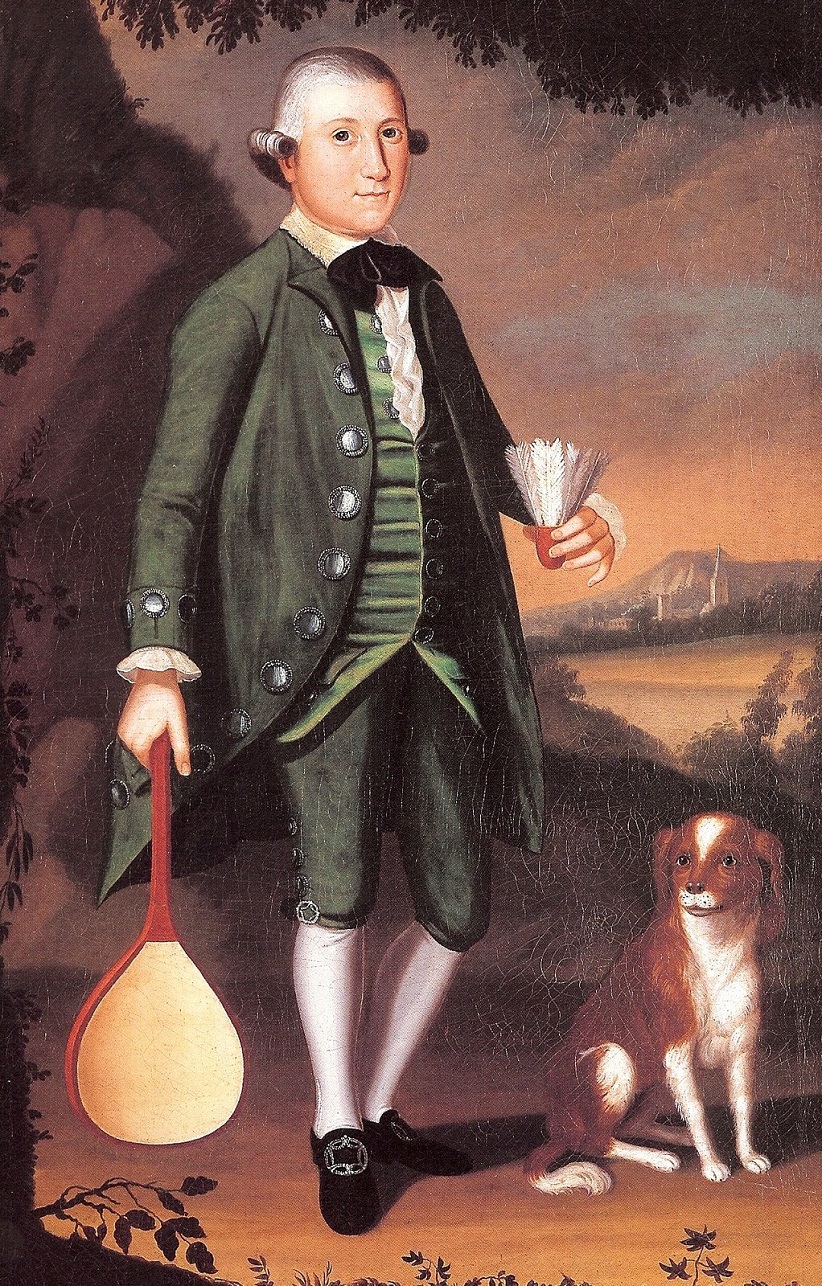 During the 19th century, American girls were encouraged to play battledore and shuttlecock to maintain good health. In 1828, Republican Star and General Advertiser of  Easton, Maryland, published an article on Exercises Most Conducive to Health in Girls & Young Women. "Nearly the same exercises with the exception of wrestling, cricket, quoits, & those sports properly termed athletic, which are proper for boys, may be recommeded for young girls--trundling a hoop, battledore, trap ball, and every game which can exercise both legs and arms, and at the same time the muscles of the body, should be encouraged." 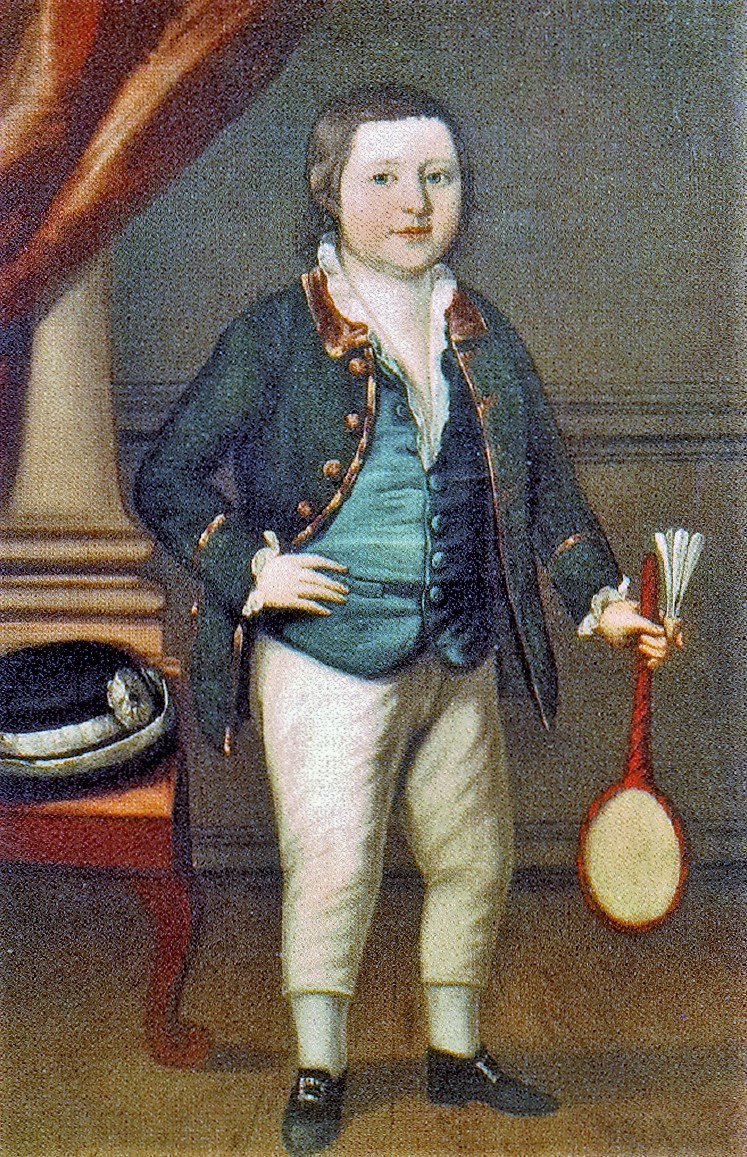 It is not my intention to turn the end of this blog entry into a romance novel, but this actually appeared in a Massachusettes newspaper early in the 19th century. Occasionally young men and women played together with predictable results. The New Bedford Mercury of Massachusetts published in 1829, "while boys and girls, scarcely half way in their teens, have fallen in love at battledore and shuttlecock, galloped off the next morning...been married...and thrown two whole families into hysterics, who have afterwards passed their youth like turtle doves, their maturer years like the tenderest of friends."
Posted by Barbara Wells Sarudy at 4:00 AM