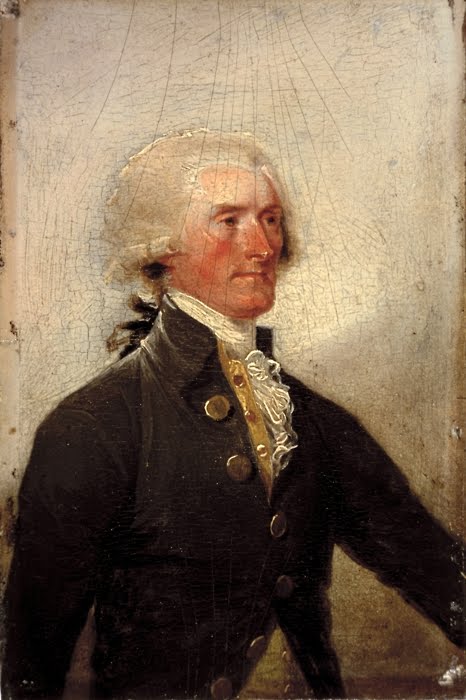 1803- The President holds a reception at the Executive Mansion between the hours of 12 and 2 p.m. for the various heads of departments, foreign ministers, military officers, and others. He also reviews a military parade.

1804- The President hosts a reception with refreshments at the Executive Mansion and reviews a military parade.

1805- The President holds a reception at the Executive Mansion to the sounds of "a powerful band of music, playing patriotic airs at short intervals."

1807- The President "standing in the north portico" of the Executive Mansion reviews a military parade and thereafter receives the officers, and opens the Mansion for guests.

1808- The President hosts a reception at the Executive Mansion and reviews a military parade. 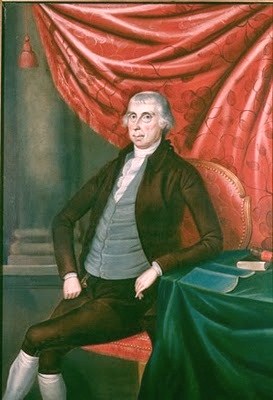 1810- The President attends the ceremony in the Baptist Meeting House in Washington and hears an oration given by Robert Polk there. Following, the President entertains the assemblage at the Executive Mansion.

1811- Madison attends a church on F street, reviews a military parade, and entertains guests in the Executive Mansion.

1812- The President attends a ceremony held in the Capitol and then returns to the Executive Mansion to review a military parade and to entertain guests.

1815- Madison attends a ceremony held at the Capitol and later entertains the assemblage at the Octagon House. 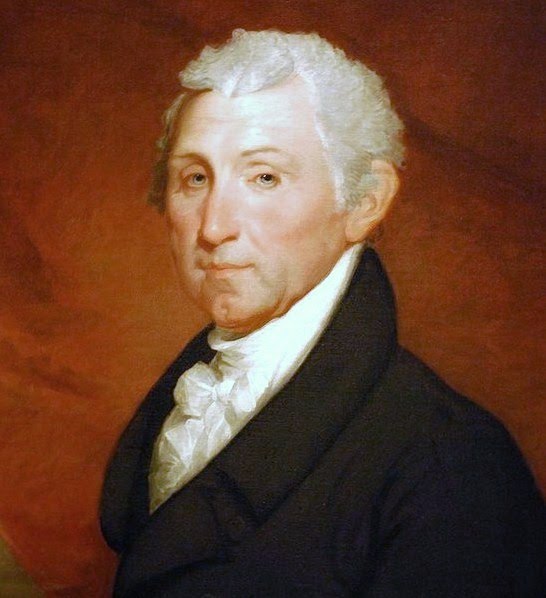 1817- The White House is not yet ready for receptions, so Monroe, on tour in New England, is in Boston with various government officials and naval commodores and participates in the ceremony there by giving a speech. He visits the ship-of-the-line Independence 74, Fort Warren, and stops off at the Exchange Coffee House.

1819- The President is in Lexington, Kentucky, in the company of General Andrew Jackson, and visiting the Lexington Athenaeum and attending a ceremony at Dunlap's Hotel there.

1824- The President rides in a carriage in a procession to the Capitol, attends a ceremony there, and later holds a reception at the Executive Mansion. 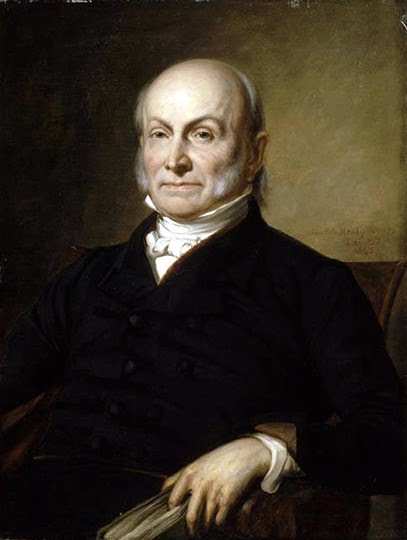 1825- Adams is at the White House where he hears the Marine Band perform; at 10 a.m. he and various Secretaries review several volunteer companies. He then proceeds to the Capitol to hear the Declaration read. Following that, he returns to the White House to receive numerous guests.

1826- The President, accompanied by the Vice President and others, joins a procession that marches to the Capitol and later returns to the Executive Mansion to receive guests.

1828-John Quincy Adams attends ground-breaking ceremony for the excavation of the Chesapeake and Ohio Canal at Little Falls located just above Georgetown, and gives an address, with music supplied by the U.S. Marine Band. 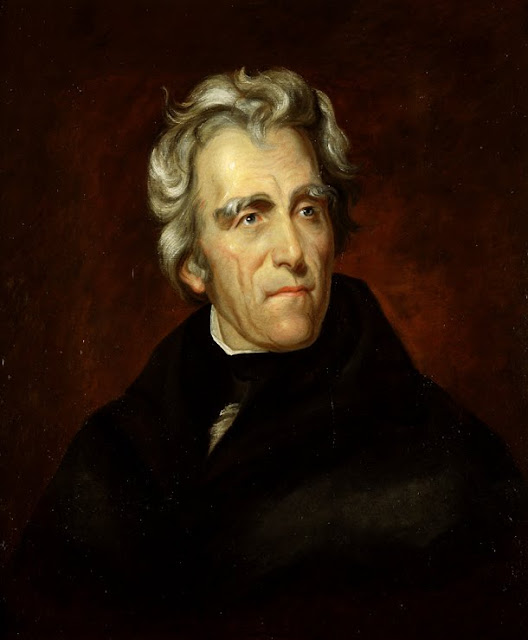 1829- President Jackson holds a public reception at the White House at 1 p.m. and at 3 p.m. is supposed to participate in a ceremony for the laying of a cornerstone of one of the "Eastern locks of the Chesapeake and Ohio Canal, near the mouth of Rock Creek," but a driving rain forces the cancellation of the ceremony

1831- Jackson celebrates at Fortress Monroe in Norfolk and turns down an invitation to a public dinner there. Later, he returns to the Executive Mansion in the steamboat Potomac. 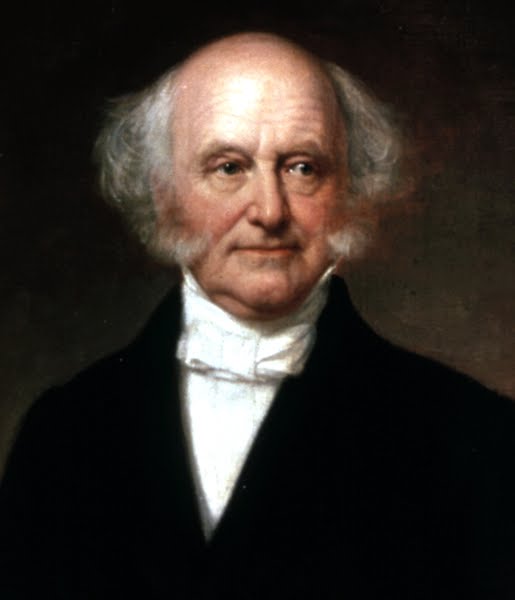 1837- The President reviews a military parade in Washington.

1839- Van Buren is in New York attending an outdoor festival and sabbath school celebration with thousands of children participating. 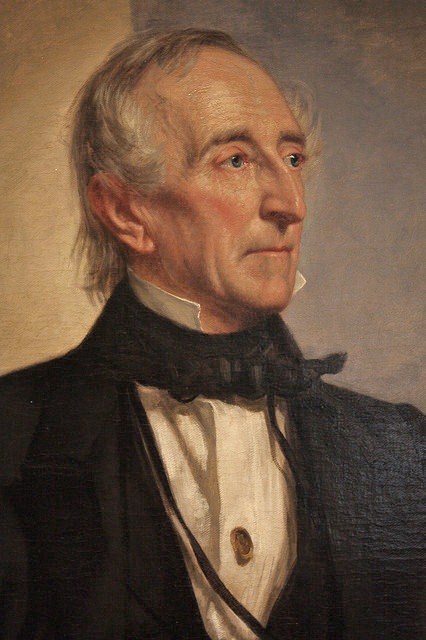 1842- The President is in the White House receiving "an unusually large number of citizens. President Tyler, dressed in a full suit of black silk, from the manufactory of Mr. Rapp, of Beaver County, Pennsylvania, received them with his accustomed frank courtesy, and all seemed in the highest spirits." In the morning, the President received the Sunday Schools, listened to two addresses made to him by children, and the "temperance people made a desent upon the White House, too, and the President made a capital speech to them." 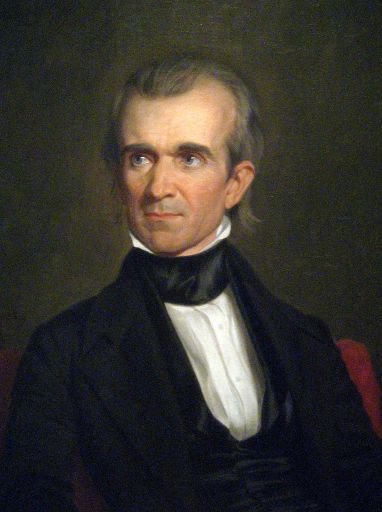 1846- Polk is at the White House and briefly addresses about 200 young students.

1848- The President receives guests in the Executive Mansion, attends the laying of the cornerstone of the Washington Monument and then reviews a military parade. 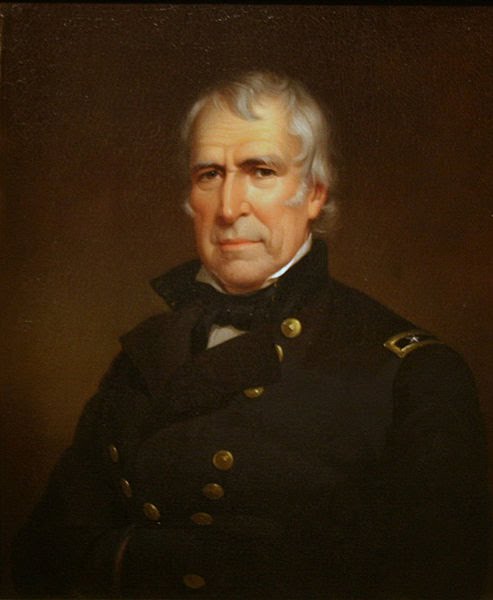 1850- Taylor attends a ceremony at the Washington Monument, eats a bowl of cherries and milk, gets sick, and dies a few days later. 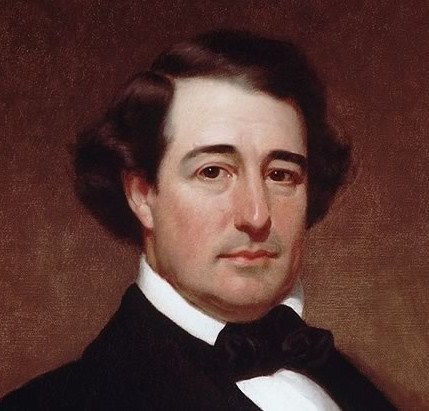 1850- Vice-President Fillmore attends a ceremony held at the Washington Monument and takes over as President on July 9, upon the death of Zachary Taylor.

1851- The President has a busy day attenting a ceremony at the Washington Monument in the company of various military officials and other dignitaries, then joins a procession from City Hall to the Capitol, where he ceremonially participates in the laying of the "cornerstone of the new Capitol edifice." 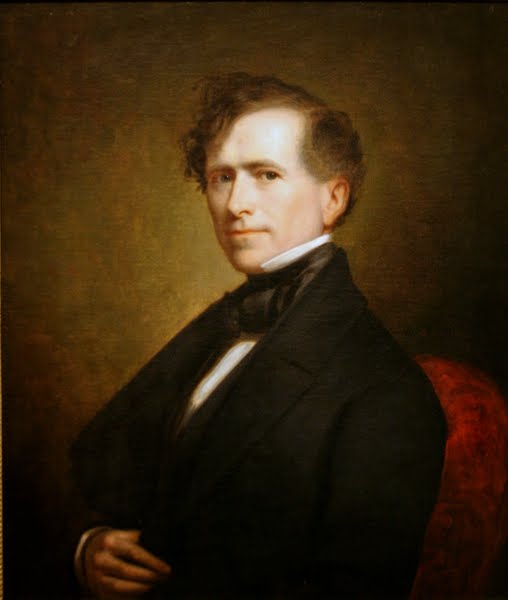 1854- Pierce is in the Executive Mansion and receives guests, including members of the Western Presbyterian Sabbath School. Pierce later views the fireworks set off on Monument Square. 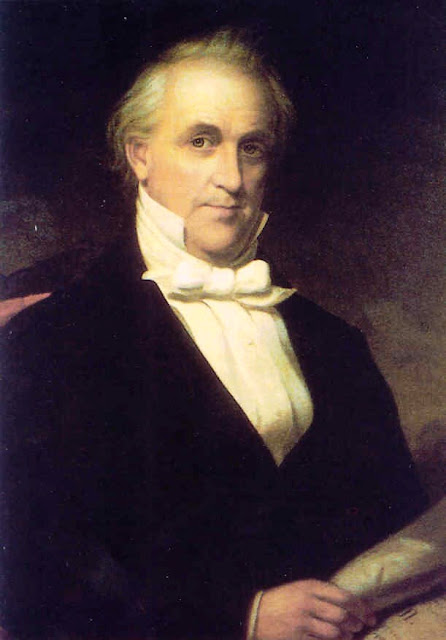 1858- Buchanan is at the White House entertaining guests. 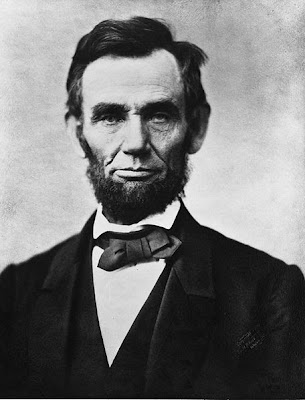 1861- Lincoln reviews 29 New York military regiments in front of the White House and also raises the stars and stripes (the flag presented to the city of Washington by the Union Committee of New York) on a 100-foot high flagstaff located at the south front of the Treasury Department.

1863- The President issues an address to the people honoring the Army of the Potomac and "for the many gallant fallen." There was a ceremony on the grounds of the Executive Mansion. Upon hearing of the news of the surrender of Vicksburg, the President gives a "Fourth of July" speech on July 7 from the upper window of the White House to an "immense" crowd. 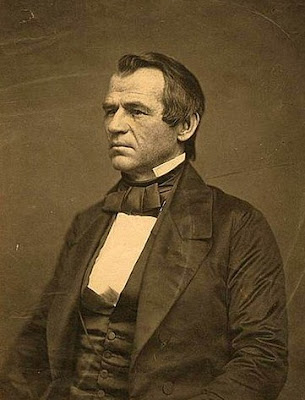 1866- Johnson is at the White House entertaining guests, including members of the Survivors of the Associated Soldiers of the War of 1812. 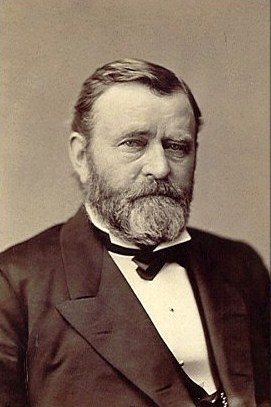 1870- Grant is on the Presidential train in New England on his way to Woodstock, Conn. He stops in several towns along the way where he is received by cheering crowds. In Woodstock, he participates in that town's celebration and hears speeches by several persons, including one given by Henry Ward Beecher.

1872- Grant is at Long Branch, N.J., amidst a crowd enjoying canons firing, bells ringing, and fireworks going off.

1875- Grant visits Heightstown, N.J., and returns to the "President's Cottage" at Long Branch later that evening. 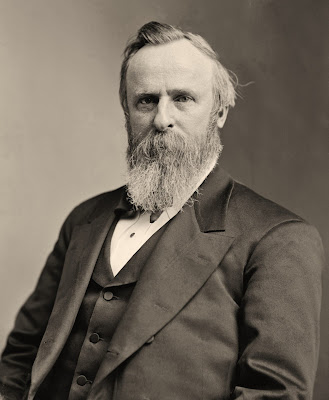 1879- Early on the Fourth, Hayes is on the grounds of Fort Monroe in Virginia with Secretaries of the Treasury, War, Navy, the Attorney-General, and others, and witnesses test firing of bombs and large guns. Later that afternoon, he spends two or three hours on the U.S. steamboat Tallapoosa cruising around in the ocean. The evening is spent viewing fireworks. 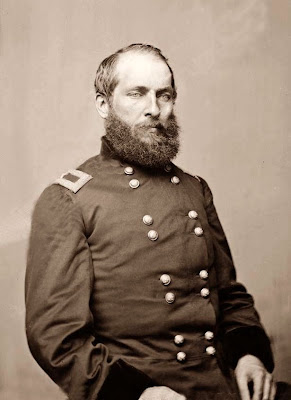 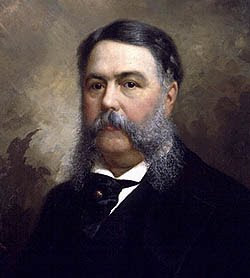 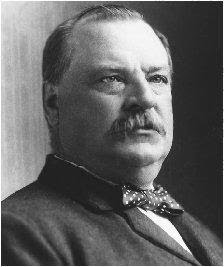 1885- In the early evening, he receives a cable dispatch from Cyrus W. Field in London which announces the celebration of the Fourth there. The President ends the evening with a drive around Washington which lasts about two hours. 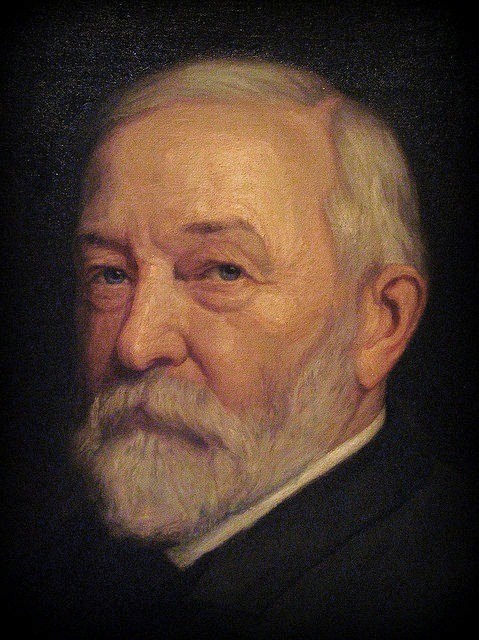 1889- Harrison is in Woodstock, Conn., giving a traditional Fourth of July speech

1892- Harrison spends "a very quiet and uneventful day [in Washington]. In the morning he drives to the Monument Grounds with Secretary Halford to witness the celebration there, returning to the Executive Mansion about 11 o'clock. 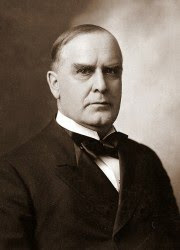 1900- McKinley is in Canton, Ohio, reviewing a parade.

For much more about the 4th of July, see;
The Fourth of July Encyclopedia by James R. Heintze (2007)
Posted by Barbara Wells Sarudy at 4:00 AM